For the first time in a long time, we have South Africans singing to the same tune. Rassie Erasmus and Mzwandile Stick have done an incredible turnaround job in the aftermath of Heyneke Meyer and Allister Coetzee’s humdrum tenures.

The Springboks are well known for their brute style of play and uncompromising defence structure, we saw glimpses of that during Meyer’s term as a coach and it was almost non-existent with Coetzee at the helm. The All Blacks laid the gauntlet for the rest of the world with exquisite, easy-on-the-eye gameplay which most teams tried to emulate and inevitably failed to master.

There were unsurprising calls from the South African public to also try and play this expansive trade and one would argue and say this led to Coetzee’s lacklustre tenure, trying hard to play a style very much foreign to the South African blueprint.

What is the South African blueprint? Well, the blueprint is what we have witnessed in the Springboks successful Rugby Championship campaign this year. Direct, incisive play and an unforgiving work rate, a trade which has been established in the Kobus Wiese era, followed up by the Os du Randt and Bakkies Botha of this world and is now being manifested by Kolisi & co.

Erasmus reverted back to this blueprint which set the Boks up for a merry-way starting with the demolition of the England team during the June Test Internationals in 2018. Eddie Jones’ team were the hot favourites having dominated Europe in the Six Nations tournament and boasted a talented squad featuring the likes of Saracens duo Owen Farrell and Maro Itoje.

England went on to claim one over the Boks at the end of year tour which ultimately served as a fine-tuning platform against Europe’s elite and now the Springbok machine has been oiled up and is ready to go on a collision course.

The Boks are not a polished product yet, the team is idling at 80% and is already bruising the opposition, a very good sign if you’re a South African if not the signs are very ominous. The Springboks pack is dominating teams which allow the backline to flourish under the stewardship of Blue Bulls maverick Handre Pollard. Some might say we don’t have the strongest backline but playing with a forward pack that gives you go-forward momentum and defends like Trojans dilute the existing frailties.

The Springboks in their nature were never built to play expansive rugby like their Southern Hemisphere counterparts New Zealand. It has always been about outmuscling and wearing down the opposition physically. This is evident with the Bok scrum dominating the All Blacks and Wallabies Wellington and Johannesburg respectively, in the match against Argentina, there were 10 scrums of which 6 resulted in penalties for the Springboks.

The Springboks are once again major World Cup contenders and a threat for any opposition and maybe, just maybe South Africans can get their hopes up of lifting another Webb Ellis trophy at the Nissan Stadium in Yokohama. 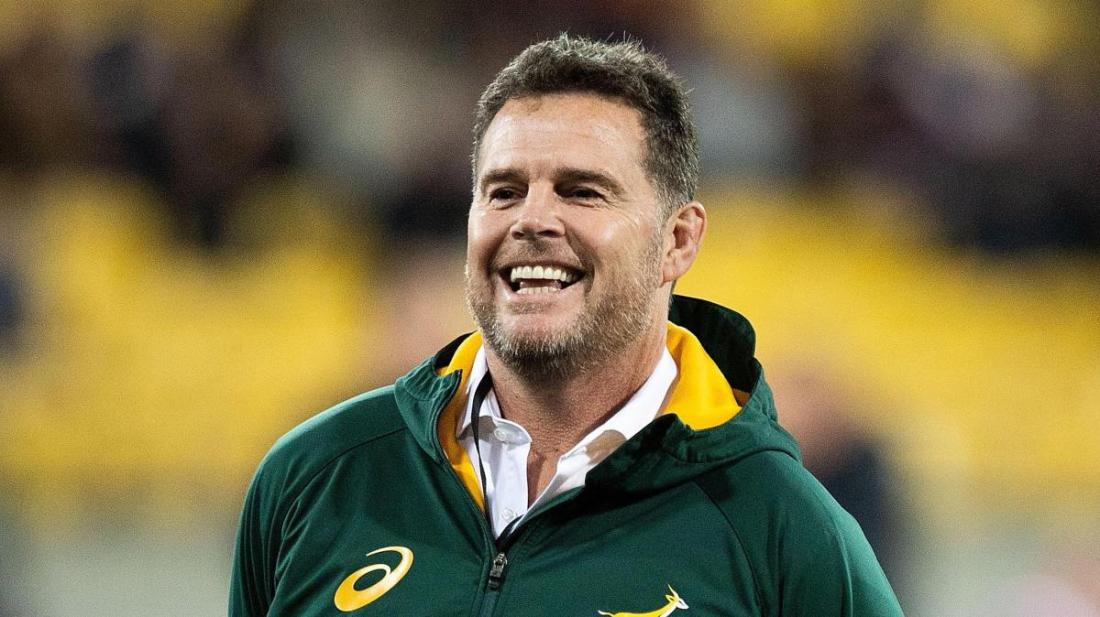 Springboks seal series over England with one game left to play

Springboks seal series over England with one game left to play

Content & Community Manager at 2019 Hollard Agency of the Year, Levergy. Simple author sticking to my authentic self and exploring the next big idea. View all posts by modularsessions